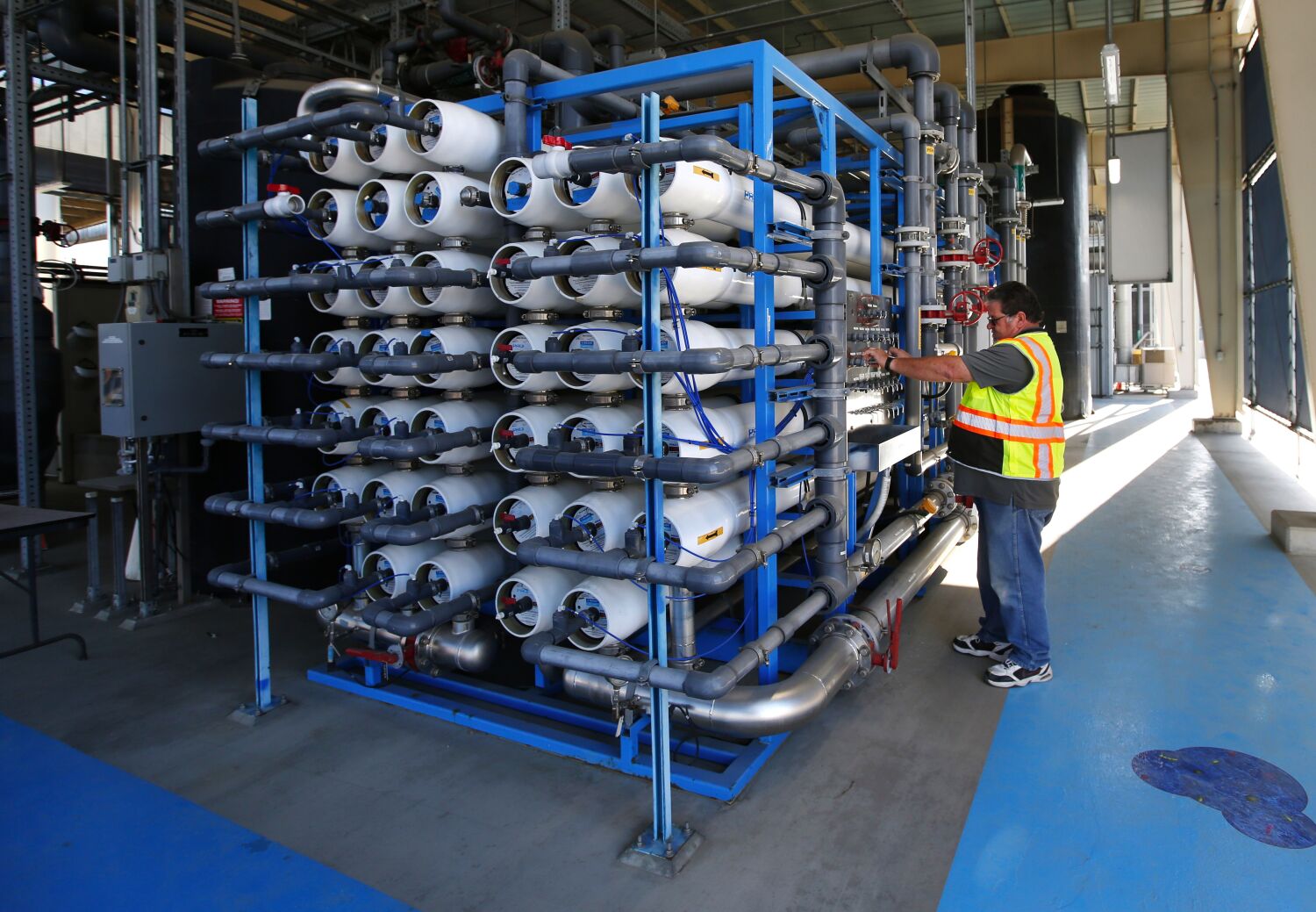 Four years ago, when the San Diego City Council approved tens of millions of dollars to relocate utility pipes and other equipment to make room for an ambitious clean water project, City officials insisted they would recover the money. From San Diego Gas & Electric.

It did not happen.

city sued San Diego Gas & Electric in 2020, saying that the company violated its franchise agreement by refusing to pay to move its equipment.

Now a Superior Court judge has ruled that San Diego taxpayers are responsible for those costs, which already total more than $35 million and could add $65 million or more to the price tag.

In a final order issued late Tuesday, Judge Eddie Sturgeon granted a motion by San Diego Gas & Electric to dismiss the case ahead of trial.

He said the water program was “proprietary” rather than “government,” meaning the utility should not pay the cost of moving gas pipelines and other equipment to make room for a multibillion-dollar sewage-recycling and purification system.

“Even though[the Pure Water Project]includes wastewater treatment, the purpose of the project is primarily to supply water and therefore remains proprietary under California case law,” the judge wrote.

SDG&E has stated that the relocation cost for Phase 1 of the project alone is close to $100 million.

The decision is a notable blow to Mayor Todd Gloria and City Attorney Mara Elliott, neither of whom sought to resolve the 2020 lawsuit while negotiating a long-term franchise agreement sought by the utility.

Former Mayor Kevin Faulkner began talks with SDG&E on new gas and electric service agreements, but was not able to gain council approval before leaving office at the end of 2020.

Next year, Gloria made a deal to replace a previous 50-year franchise agreement — about 16 months after the city filed a lawsuit against the utility. Such agreements allow private companies to access public rights of way to deliver electricity, cables or other services.

The mayor’s office did not answer questions Wednesday about why the dispute was not part of negotiations for the new agreement, which is expected to generate tens of billions of dollars in revenue for SDG&E over the next 20 years.

“Due to the possibility of an appeal, we are referring you to the city attorney’s office,” said a statement from mayor’s spokesman David Rowland.

Elliott’s office declined to discuss the decision but issued a brief statement.

“We disagree with the decision and intend to discuss it with the City Council and seek direction,” spokeswoman Leslie Wolf Brunscomb said by email.

SDG&E was quick to praise the judge’s decision.

“We are pleased with the results and committed to working closely with the City of San Diego on current and future infrastructure projects to improve our communities,” the utility said in a statement.

“The grantee shall remove without cost to the municipality any conveniences installed, used and maintained under the franchisee when required by any lawful change of grade, alignment or width of any public road, way, street or place; or shall transfer … municipality,” part of the California Public Utilities Code states.

But the judge ruled that the utility code section was not relevant, because the city and SDG&E had agreed in 1986 to resolve any disputes over rehabilitation costs by determining whether a proposed development was “public” or “proprietary.” Will go

The “(Public Utilities Code) section is irrelevant because the grounds for removal or relocation provided for in it do not exist in the facts of this case,” Sturgeon wrote. “This Court sees no reason to apply section 6297 in this case, particularly where the parties specifically bargained for a government-owned distinction in determining relocation costs.”

“We already had over a million reasons every day to get out of this terrible franchise agreement,” said Craig Rose, a member of Public Power San Diego. Referring to said. “Now we have another.”

Rose, a former energy reporter for The San Diego Union-Tribune, said a public power system would save money for residents.

“With skyrocketing rates, the climate crisis and now these additional costs, the only way forward is to dump our for-profit utility – our city council can do that – and start organizing a community-owned, non-profit electric company. Can do,” he said.

The Pure Water Project is the largest and most expensive infrastructure program ever undertaken by the City of San Diego.

In a multi-phase development that began last year and is scheduled to run through 2035, Pure Water will convert millions of gallons of sewage into potable water through a series of transfers and treatments.

At a cost of $3 billion or more, the project is expected to deliver millions of gallons of water a day to meet the region’s growing need for water as well as reduce dependence on outside agencies for decades to come.

As the Pure Water planning effort moved forward, city and utility officials fumed for months over the cost of moving the equipment, estimated at nearly $100 million for the first phase alone. Moving the equipment used for Phase 2 and 3 will cost more in crores of rupees.

But the two sides could not agree on who should pay those costs. In 2018, then-Mayor Faulkner recommended that the council agree to pay the first $35 million needed to keep the SDG&E equipment on schedule.

Faulkner administration officials insisted at the time that the money would be recovered.

Johnny Perkins, then-deputy chief operating officer, said at the time, “The franchise agreement is very clear on this issue.” “We believe SDG&E is not playing by the rules, but we have no time to play games with taxpayer dollars.

“We have a major timeline as it relates to pure water as we build and design it,” he said.

Sturgeon’s decision isn’t the first hit to the rising costs of a sewage-recycling scheme.

Earlier this year, city officials acknowledged that continuous flood A pump-station site near Murray Boulevard would add at least $20 million to that investment.

The money would be paid for building a dam-like structure around the pump station to prevent frequent flooding. Officials also acknowledged that the delay could lead to further cost escalations if the long-planned construction schedule is not met.

It was unclear Wednesday whether the city plans to appeal the decision, or when the mayor might ask the council for additional appropriations to move the SDG&E equipment.

Reply to Mahfud MD about the existence of an underground movement, Sambo’s lawyer: He...

10 Portraits of Paula Verhoeven’s House Before Getting Married, Like Earth & Sky Compared...